Last week I was lucky enough to attend the WordPress VIP workshop put on by Automattic – the people behind WordPress.com. The training was the first of its kind, drawing in nearly 50 people from around the world. There were attendees from Canada, the U.S, Bulgaria, Australia and Italy. I’m sure there were other nations representing, but that’s what I can remember!

Also in attendance were WordPressers from Time magazine, the Wall Street Journal, NBS and CBS Local.  Needless to say this training was a big deal and was super excited to attend.

Frolicking at the Golden Gate

Before heading to the training, I spent the few days exploring San Francisco and seeing what it was all about. I made the trip to Alcatraz, rode a cable car, went to Pier 39, visited the Golden Gate Bridge and ate a whole lot of seafood.

After a weekend of *ahem* frolicking in SF, I was off to Napa for some intensive WordPress training.

The VIP workshop was held at the beautiful Carneros Inn in Napa California. While I could explain what it was like to stay there – with the comfiest-bed-on-earth, the outdoor shower, the personal yard and nightly tuck in service – I’ll let pictures explain: 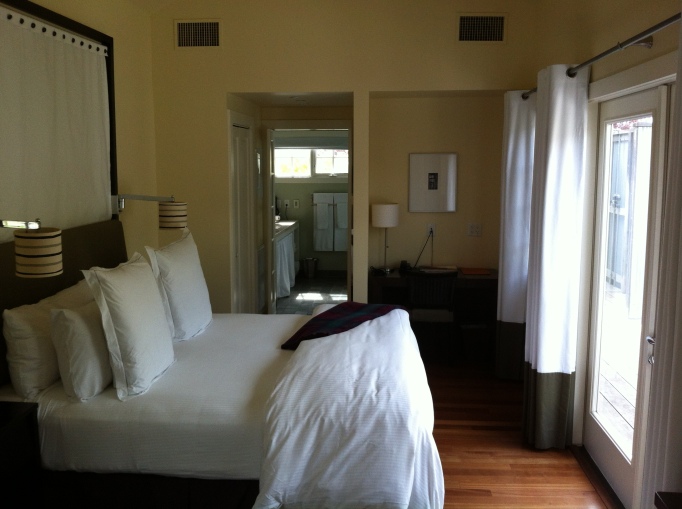 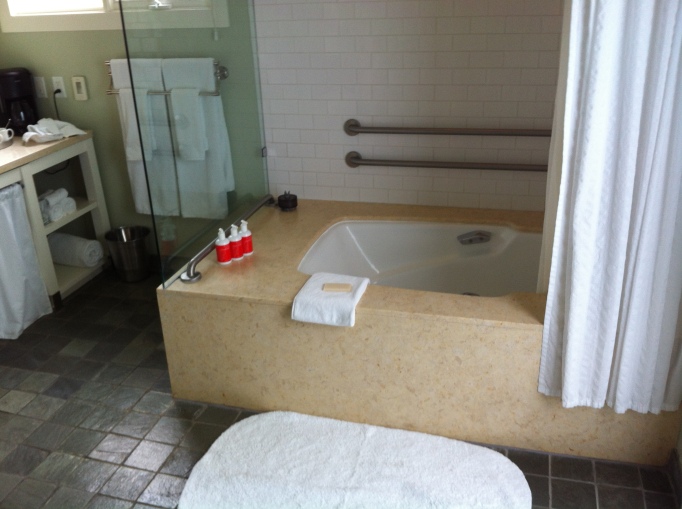 …Anyway I didn’t get to spend much time in my room, but it was nice while I was there.

If you’re not in the WordPress community, it can be a little confusing to understand the difference between the different kinds of WordPress.

WordPress.org is the PHP based software that we all know and love. It powers 17% of the internet. This is the free software that anyone can download and install on their own web-server. Development of the source code is done by volunteers and there is very little commercial forces driving development as it is open source.

WordPress.com is the free hosted version of WordPress. Anyone can register at http://wordpress.com and have a blog up and running in no time. There are premium upgrades, like custom domain names, themes and plugins, but they are optional.

WordPress.com and the VIP crew work for a company called Automattic. They’re a global company that owns not only WordPress.com but also IntenseDebate, Akismet, Gravatar and Poll Daddy. Chances are if you’ve been on the internet, you’ve used their products.

One of the neat things about Automattic is that their employees are distributed, meaning they don’t work in an office. In fact, there is no Automattic head office, everyone works from home! Automatticians, that’s what they call themselves, are also spread out over the entire globe, as you can see on their map.

Annnnyway, back to the conference…

The format of the training was a 2.5 day conference covering topics specific to VIP development in a wide variety of areas. Everything from front end code optimization to hardware infrastructure and design were discussed.

Some of my favorite sessions we’re those about how Automattic thinks about development and WordPress code. I was really looking forward to learning best practices from some of the best WordPress dev’s in the world. I was not disappointed.

It was also very cool to hear from Automattic CEO Toni Schneider and his talk about Automattic, WordPress and the future. He showed us this neat map, that in real time shows posts, comments and likes, on the WordPress.com platform.

One of the most interesting sessions was the Q&A with Barry. Some of the coolest things I learned were that WordPress.com is using hacked versions of WordPress and PHP!

While they often run off of the trunk or development version of WordPress software, modifications have been made to the core code for scalability and optimization reasons.

He also told us that they’ve hacked core PHP code and particularly the APC module, which they use heavily.

We also were privy to the announcement that WordPress.com now has a JSON REST-ish API!! This was awesome news as I’ve been thinking about writing my own for a while now.

At the end of the two full days of training, my brain was full and I had learned alot about how Automattic does development. I also got to see some of the cool features that have been or are being developed.

Equally as interesting as the topics being taught were the people in attendance. Talking to the team from Automattic was really neat and they were extremely open and accommodating to any questions we had.

I had a good time talking to fellow attendees too. There was people from all sorts of industries, from freelancers to big media to publishers and app developers. We had the chance each day at lunch and dinner to interact and talk about recent projects and what we all were doing.

All in all it was a great trip and well worth the journey. I was hoping for more advanced sessions but I understand that there was a very mixed group with varying levels of technical knowledge. The best part by far was meeting everyone and seeing how WordPress is used in all sorts of industries and applications.

It solidified my thought that I’ve made a good choice in becoming a WordPress developer and that the platform is still growing. I hope to do more VIP development in the future and plan on attending  future WordPress meet-ups and training sessions. Keep it up Automattic!